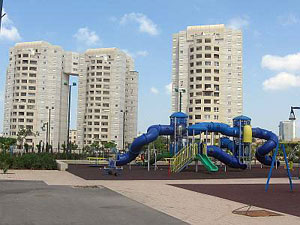 Or-Yehuda is a city in the center of Israel, in the Tel Aviv District, near Kiryat Ono, Yehud and Ramat Gan, near Ben Gurion Airport.

The city is named after Rabbi Yehuda Alkalai.

Or-Yehuda is located on the site of the biblical settlement of Kfar Ono.

The city was founded in 1949. His first residents were repatriates from the countries of Libya and Turkey. In the early 50-ies they were joined by immigrants from Iraq.

In the 70's, Or-Yehuda accepted aliyah from the USSR, in the 90s - from the CIS countries, mostly Georgian and Bukharian Jews.

Or-Yehuda received the status of the city in 1988.


City streets and attractions near the city:

City streets and attractions near the city:

Israeli Settlements in Judea and Samaria

Religious Cities and Villages of Israel

Distances between Cities and Villages

The Health Care System in Israel

Hospitals and Medical Centers in Israel

Cities and Villages of Israel

Traveling in the Holy Land

The Antiquities of the Land of Israel